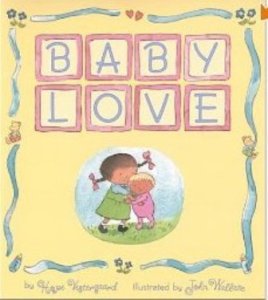 http://theputneycanteen.co.uk/men/shirts/emporio-armani-linen-diamond-long-sleeve-cross-sport-shirt-whitered-straight-back-yolk-9202462-ybncagx.html Reviews / A Book is Born

From Publisher’s Weekly:
“With some fresh takes on a familiar theme, newcomer Vestergaard captures the nuances of life in this winsome collection of verse…Curly ribbons of pink and blue punctuated by baby accoutrements border each of Wallace’s (Flower Girl) softly rendered watercolors…Ending with an exhortation to “spoil those babies with one extra kiss,” these snapshots of an infant’s endearing moments will appeal to baby lovers of all ages.”               © 2002 Reed Business Information, Inc.

From Kirkus:
“A former teacher and nanny, Vestergaard crafts more than twenty odes to babies in her debut for children. Many speak from the siblings’ perspective…Others, such as “Two of a Kind,” focus on the special role of grandparents…With their musical beat, Vestergaard’s shorter poems (“Fancy Feet” and “Lunch,” for example) are bound to appeal to the youngest listeners.” Kirkus © 2002

A BOOK IS BORN

When I was a teacher, I often used rhymes and songs to help infants and toddlers move through transitions: from inside to outside, or from play time to clean up. Sometimes I made up my own, like the poem NEW SHOES, to get toddlers to put on their shoes. I never thought about collecting these everyday moments to make a book until a writer friend of mine, Lisa Wheeler, started working on her own book of poems. I had several little stories or poems in my files that weren’t big enough to make a book on their own, but I realized they were all part of the big picture of a baby’s first year or two.