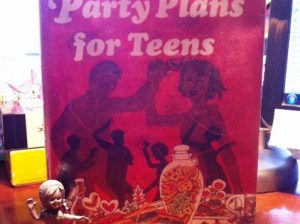 Today’s http://miskawaan.com/media/ Vintage Advice book is Party Huacho Plans for Teens by Kate Harris, published by Follett Publishing Company in 1966. I was lucky enough to get my hands on a first edition of this gem.*

The jacket flap suggests it’s for ages 12 and up. I think that should be revised: 12-year-olds during the two weeks prior to starting middle school through the end of the first two weeks of school. I know that’s a very small window, but it’s the only one I can see working: in that anxious time before starting 6th or 7th grade when you are bursting with nervous energy and worried about being cool and making friends and stuff, planning a party might be a good outlet and having a theme would give you focus. But you’d have to throw the party during the first week or two of school before the dust settles. Because within those first couple of weeks, someone else will have a party. It will either be an awesome, free-form gathering of sociable kids, or an awkward, over-planned gathering of reluctant captives. A free-form party can also stink, but I can’t imagine a party planned with this book being anything but no prescription cytotec on line pharmacy awkward, much less awesome.

How bad can it be? you may ask. You be the judge. The book proffers 47 different party themes, organized by month, plus a bonus chapter: Parties Just for Girls. I think that one should have been entitled, Parties Just for Grandmas: Pajama Party, Telephone Party, Fashion Tea, Sewing Bee. See what I mean?

February is interesting. There’s a Valentine’s party (curiously called “Hearts to You” Dance)—not so unusual. There are also not one, but TWO presidential parties: a George’s Day Party and an Abraham Lincoln Party: because twelve-year-olds love to talk about dead presidents in their free time. The strangest February suggestion is a party called Lawn Dance in the Basement (which honestly sounds like an awesome band name to me). Knowing what we know about drab and dreary 1960s basements…brown, burnt orange, mustard yellow, shag carpets, vinyl furniture…I understand why this party includes so many details for décor:

Suggested Basement Lawn games include a Daisy dance where boys use fake daisies as relay batons to cut in on girls with their dancing partners, croquet, and badminton. YOLO!

Maybe you are thinking that things were different when this book was published in the 1960s. Perhaps kids were more naïve, entertainment was more wholesome. A little poking around on the internet turned up this Kirkus review:

We opened this book with an open mind, but our two teen-agers were less judicial: they simply hooted. In this vast collection of party ideas from January to December there are a few games which, stripped of their fancy trappings, might be good fun, but the majority are just too precious for true-blooded teens. The author calls one of these shindigs Corny Capers and that about sums it up. –Kirkus (source)

I momentarily thought this was a contemporary review of an old title. It sounded like something a parent of middle schoolers reading this book today might say. But no, this review was from 1966. So I think we can assume that the disconnect between the subject and the audience is not just a matter of changing times.

I do like to find something positive to say about a book. Upon further reflection, I can think of two other more appropriate audiences for this particular collection of party-throwing tips.

And now I’m off to see if my 8 year old nephew’s teacher will let me plan an Ides of March party. Et tu, Travis? 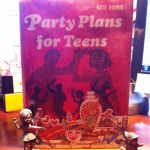 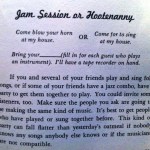 Some day I will pick apart these pictures all on their own, but for now, enjoy. 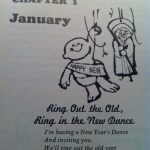 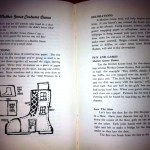 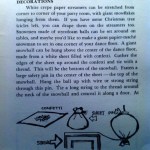 Unleash a bag of paper confetti on a bunch of middle schoolers. What a great idea! Why not add water?!

*This is a publishing joke. First editions of unexpectedly popular books are considered a collector’s delight.