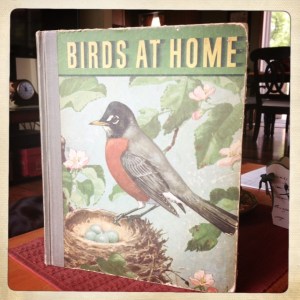 Strictly speaking, this isn’t a how-to or self-help book. But it does offer plenty of suggestions (some helpful, some not so much, read further…) about birds in your backyard so I think it qualifies for a feature here.

First, thanks to Lisa Wheeler who picked up this gem for a song (see what I did there?!)  and shared it with me!

Isn’t it gorgeous? The colors are so rich and the pages are soft and sturdy. Some young aspiring artist decorated several of the pages with pen and pencil, but not so much that we can’t enjoy it still. (Plus, for twenty five cents, who’s complaining?!) I even love the endpapers.

The text is very poetically written, full of details about where each bird likes to make its home and any other interesting habits it might have. On the back side of each color print page, there’s an epic (or nearly so) quote. “When swarms of insects attack a green field, the birds fly to the feast as if mother nature had rung a giant dinner bell.”

The original owner of this book scribbled on some pages, but it wasn’t completely thoughtless. Notice the text on this page: “Orioles’ eggs look as if a small child had scribbled on them with a leaky pen. They are covered with scrawls and blots.” Coincidence? I think not. 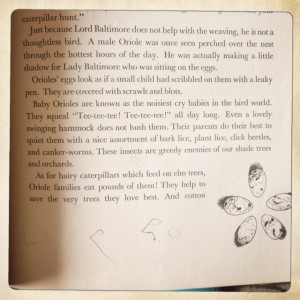 just because lord Baltimore does not help with the weaving, he is not a thoughtless bird

In spite of the beautiful art and quaint language and interesting information, I have a problem with this book. 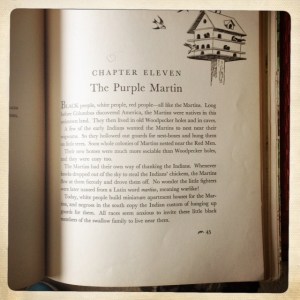 “Black people, white people, red people–all like the Martins…[the Indians] hollowed out gourds for their nest boxes and hung them on little trees…the Martins had their own way of thanking the Indians…Today white people build miniature apartment houses for the Martins, and negroes in the south copy the Indian custom of hanging up gourds for them. All races seem anxious to invite these little black members of the swallow family to live near them.”

While I know that the terms “red people” and “negroes” were acceptable at the time the book was published, it is still jolting to read them out of context. Red people is one of those phrases that is often accompanied by noble savage imagery, so it always chafes. But the remark about negroes copying the Indian gourd custom, followed by the note that white people build (presumably improved) little apartment houses, really irritates me. It  highlights the racist hierarchy…where being Native American, though supposedly inferior to being white, was at least preferable to being black. I’m certain people of all races use gourds and build birdhouses — why call them out by race? And being called a copycat is rarely anything but an insult.

I know this is relatively petty in the scale of ways to be racist, but…did we have to be discriminatory about birdhouses, on top of everything else? Really?! Every once in a while a casual little example like this drives home how pervasive bias was in our society. Ick.

Anyway. I chose to enjoy these pictures and other quotes, and I have decided I should appreciate the reminder of how obnoxious people can be to each other, even though it stings. Nostalgia is a double-edged sword. 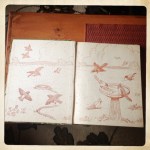 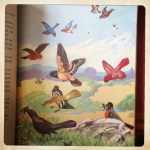 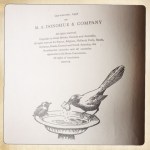 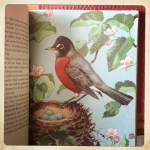 a clutch of robin eggs 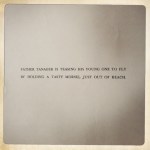 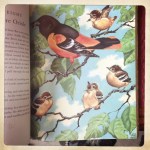 o how i love an oriole 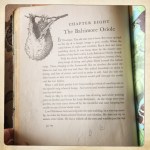 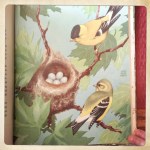 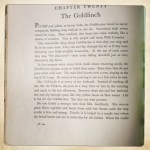 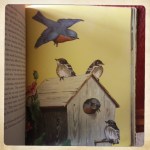 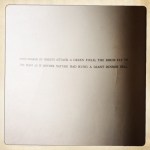 fly to the feast 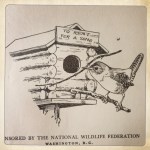 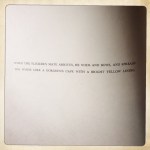