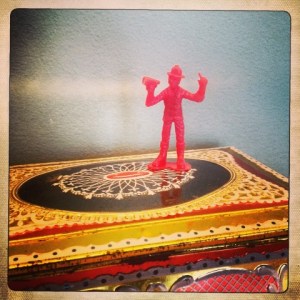 order Ivermectin online I have earlier mentioned how to buy isotretinoin in canada my affection for old photos. Even though I am downsizing my household and generally trying to be a thoughtful curator, I keep picking up new ones. Here are my justifications for continuing to collect snapshots of people I don’t know…

I thumb through my pictures and think about the subjects. What were their names? What were their lives like? What would they think if they saw a picture of me in the moment I am studying them?

I like photos that show relationships: people with friends, family, and animals. 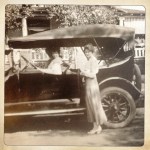 friends parting after a nice visit, I think (1929) 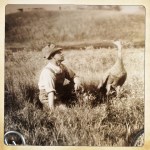 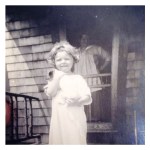 a girl and her puppy 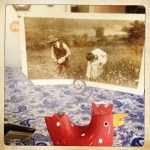 a couple picking flowers in a field

I like pictures that document a moment in time: products & fashions. I use vintage kitchen tools because they are attractive, sturdy, and useful. I love to find my things in other people’s pictures, or just admire the old-school fonts and design. 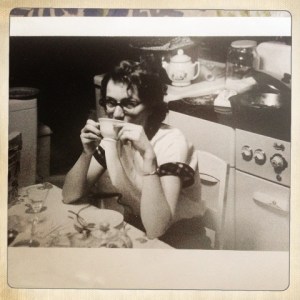 I have a stack of pictures of this woman. I feel as though I know her through her pictures.

I am attracted to photos that capture emotion. Some are easily identified… 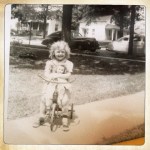 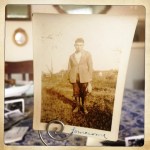 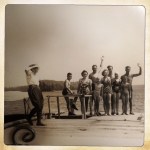 Others are trickier. At first glance this man seemed put out and awkward. But when I looked closer at his facial expression, it’s mild. So now I think maybe he was indulging the photographer, and I’m guessing that was a person who liked him very well, just as he was. I see no criticism in that photo. 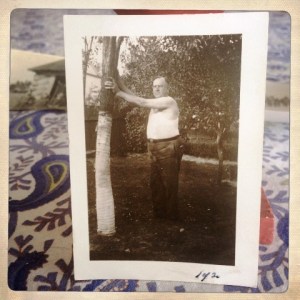 man holding up a tree

I’m drawn to photos that represent hard work. I want to shout back in time, “Yay, you!” 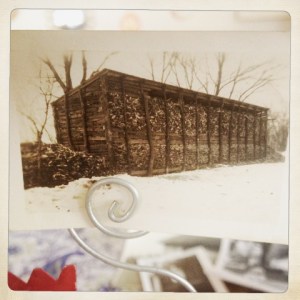 my arms ache looking at this

I’m not sure why I like this next photo. There’s something attractive about “journey” snapshots. The young woman also looks my sister, Hilary. 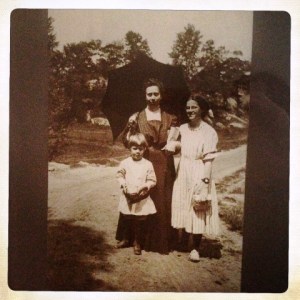 she’s holding a brown paper package tied up with string!

Same sister noted the unusually modern looking watch (?) her doppelganger is wearing. It seems out of sync with everything else in the picture. Maybe she was a time traveler, Hilary suggested. The possibility delights me. 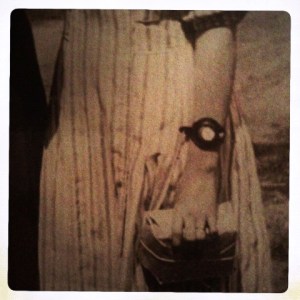 What do you collect, if anything? Why?